Sadly, there are people in very bad medical conditions who want to die. They are in pain, they are suffering, and they no longer find their quality of life to be at an acceptable level anymore.

When people like this are kept alive by machines or other medical treatments, can it be morally permissible to let them die?

Advocates of “passive euthanasia” argue that it can be. Their reasons, however, suggest that it can sometimes be not wrong to actively kill some patients, i.e., that “active euthanasia” can be permissible also.[1] This essay reviews these arguments. 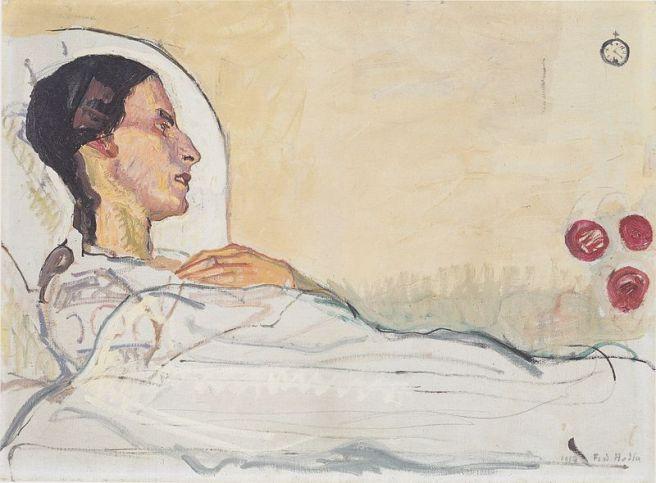 Denying that passive euthanasia is ever morally permissible suggests that we must always do everything we can to try to keep someone alive, even if they are miserable, want to die, and say so. To many, that’s just cruel.[2]

Passive euthanasia can be directly supported by both consequentialist (or utilitarian) and Kantian ethics.[3]

For the consequentialist, the patient being out of their misery is a better consequence for them, and overall, than their staying alive: this decreases the total amount of pain and unhappiness in the world, and no other choice would produce more good, for them or overall.

For a Kantian, letting them die respects their autonomy or decisions about matters that profoundly affect their own lives: this respects them as “ends in themselves,” whereas forcing them to live treats them as a “mere means” toward our ends, not their own.

Passive euthanasia can also be supported by stating conditions when it can be OK to let someone die. We begin with an ‘if’ and develop a principle:

(a) someone is dying, and
(b) is in horrible pain and suffering, and
(c) that pain and suffering cannot be relieved, and
(d) that person wants to die and says so, and
(e) informed, thoughtful and caring people agree that the person would be better off no longer living . . ,

then it can be permissible to let that person die.[4]

Passive euthanasia, then, can be justified in a variety of ways.

We then observe that these goals can often be pursued more directly and immediately by, say, giving them an overdose of pain-killing medications. Letting people die can take a long time, and that time might be full of unwanted suffering. Killing people, when they want to be killed, achieves their goals, more quickly.

So, it seems that if passive euthanasia can be permissible, so can active.

There are many objections to this reasoning. Some concern euthanasia in general.

3.2. Some argue that “miracles” are possible – there’s always a chance that someone recovers – and so euthanasia is wrong. But making important decisions on very unlikely chances is often unwise. Most interestingly though, euthanasia would never prevent a miracle, especially one of divine origins.

3.3. Some argue that it’s always wrong to intentionally kill someone, so active euthanasia is wrong. In reply, while it’s, at least, nearly always wrong to kill people, this is arguably because people usually want to live and do not have lives full of pain. Perhaps killing can be justified when this is not the case.[5]

3.4. Some argue that allowing active euthanasia might put us on a “slippery slope” to murdering people who want to live. But this hasn’t happened where active euthanasia is allowed, since we do and would have safeguards to lessen this possibility, as we do with other things that might lead to bad results if misused.

3.5. Some argue that there are important moral differences between allowing something to happen and doing something or because killing someone and letting them die are profoundly different, and so passive and active euthanasia should be judged differently. But consider this case:

An aunt will inherit lots of money if her five-year-old nephew dies. She plans to drown him in the bathtub and make it look like an accident. He just started his bath; she’s on her way to the bathroom to drown him. She opens the bathroom door and is delighted to see that he has slipped in the bathtub and is drowning. She watches, ready to push him under if he steadies himself and saves his own life. But, as her luck would have it, he drowns; she never touches him throughout the ordeal. She inherits the money.[6]

If she claimed that she didn’t “do anything,” she did: she stood there, and doing nothing is doing something. And letting someone die can be as bad, or nearly as bad, and perhaps sometimes even worse than killing someone[7]: indeed, a way to kill someone is to let them die. So these distinctions are, at least, not clear.

While death is, arguably, usually bad for the person who dies, the goal of euthanasia is to make this less bad: the word euthanasia means a “good death.” These issues are important, and not just for people currently facing hard choices about death. None of us knows what will happen to us: at any time, an accident or illness might force these issues upon us, and so we should engage them more deeply, now.[8]

Popular posts from this blog

May 23, 2021
Description (1) Where an assessee, sets up an undertaking or enterprise for manufacture or production of any article or thing, on or after the 1st day of April, 2015 in any backward area notified by the Central Government in this behalf, in the State of Andhra Pradesh or in the State of Bihar or in the State of Telangana or in the State of West Bengal, and acquires and installs any new asset for the purposes of the said undertaking or enterprise during the period beginning on the 1st day of April, 2015 and ending before the 1st day of April, 2020 in the said backward area, then, there shall be allowed a deduction of a sum equal to fifteen per cent of the actual cost of such new asset for the assessment year relevant to the previous year in which such new asset is installed. (2) If any new asset acquired and installed by the assessee is sold or otherwise transferred, except in connection with the amalgamation or demerger or re-organisation of business referred to in clause (xiii)or cla
17 comments
Read more

July 21, 2020
Description A 60 minute phone call with an expert Marriage\Relationship Counselor to discuss your marriage\relationship related issues. Counselling aims to resolve issues and improve communication in a relationship. Couples’ counselling works with both people in the relationship, however sessions can start with one individual, working towards the involvement of the other partner. What's Included a) 60 minute phone call with the counselor where you can discuss all your issues and seek guidance. What's Not Included a) Counselling session via meeting
6 comments
Read more

March 05, 2021
India being a secular country derives a large part of its laws from various religious practices. One such area of law is Divorce law of India. A divorce case in India can be initiated by either party based on the procedure relevant as per the law applicable to the parties. However, the procedure for divorce always starts with sending a legal notice.   Either party can send a legal notice to the other spouse intimating his/her intent to initiate legal proceedings for divorce. Sending a legal notice acts as a formal way of communication by one party to the other acting as a warning and at the same time creating chances for a last attempt for conciliation, if possible. Connect with an expert lawyer for your legal issue   What is a legal notice for divorce? A legal notice refers to a formal communication to a person or the opposite party in a case, informing him/her about one’s intention to undertake legal proceedings against him/her. Therefore, a legal notice for divorce is a formal inti
5 comments
Read more